You are here: Home / IOT / Sequans Collaborating with Lockheed Martin on World-First LTE over Satellite Solution 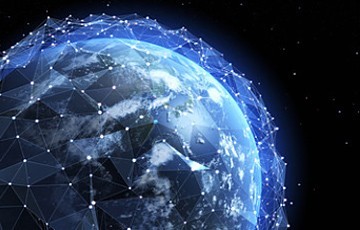 The two companies are enabling LTE end user devices to connect directly to geostationary satellites in a world-first achievement with wide application.

“Sequans has expertise adapting LTE technology for special purposes such as this one,” said Scott Landis, a director at Lockheed Martin.

According to industry analysts, satellite is a critical component of communications networks, including IoT and M2M networks, as the industry evolves to 4G, 5G and beyond. Northern Sky Research predicts that by 2023 there will be 5.8 million machine-to-machine (M2M) and IoT connections via satellite worldwide.

“The work we are doing with Lockheed Martin to integrate LTE with satellite represents a significant evolution as we modify our LTE chips to take advantage of the huge satellite opportunity now developing for M2M and IoT applications,” Georges Karam, Sequans CEO.

“Enabling the LTE modem to speak to satellite networks as simply and as easily as possible will have a major impact on handling the huge potential volume of broadband and IoT applications that require space-based, ubiquitous communications, such as connected cars, shipping, and navigation.”

This project with Lockheed Martin is the latest development Sequans has undertaken as part of its “Custom Technology Solutions” initiative where Sequans experts have addressed some of the world’s most difficult and exciting communications challenges.

In addition to satellite, Sequans has adapted its technology for projects in other markets, including aviation, transportation, public safety, and government.

FREE IOT BUSINESS’ NEWSLETTER
Like this story? Subscribe to IoT Business News!
IoT Business News delivers semimonthly e-newsletters, each serving as an information resource to help business and technical professionals make efficient design and business decisions.
Sign up to get news and updates delivered to your inbox and read on the go.
Share on FacebookShare on TwitterShare on LinkedinShare on Pinterest