You are here: Home / IOT / Why the Internet of Things needs Artificial Intelligence 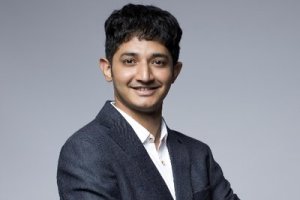 Artificial Intelligence (AI) and the Internet of Things (IoT) are terms that project a futuristic and science fiction image; both have been identified as causing disruption in business in 2018. In fact, says Harnil Oza, CEO of Hyperlink InfoSystem, both concepts are more real today than they have been at any time in the past.

However, for companies to be aware of the full potential of the IoT, then IoT has to be merged with Artificial Intelligence (AI) technologies that advance rapidly. This allows “intelligent machines” to think for themselves and make decisions with full knowledge of cause, and with minimal or no human intervention.

The concept of the “Internet of Things” is here to stay. What emerged as a futuristic term some years ago in technology conferences, has now become part of the vocabulary of researchers and entrepreneurs who see in it the next frontier of the network? But the question remains: what is the internet of things?

The simplest version of the concept refers to giving internet connection to all kinds of devices, especially computers of daily life that for decades have worked without access to the network. Thus, refrigerators, televisions, watches, speakers and even automobiles appear. But experts say that the issue goes further and can represent a real revolution.

The Internet of Things (IoT) is positioned as the technology that will allow people to improve and simplify their lives, from the hand of more intelligent ecosystems. IoT will be able to satisfy needs as basic as operating a washing machine or enable the user to access their home security systems. It’s more than a trend or lifestyle, it will become a paradigm.

Sometimes app developers in the sector refer to the IoT as the driver of the fourth Industrial Revolution, since it has triggered changes in technology that cover a wide range of areas. Gartner‘s forecast was that there would be 20.8 billion connected things in use around the world by 2020. The advances of the IoT offer stimulating opportunities to facilitate the lives of people, as well as improvements in the efficiency, productivity and safety of many app developers and IT companies in the world.

IoT and AI in joint operations

The AI, on the other hand, is the engine or “brain” that will allow the analysis and decision-making based on the data collected by the IoT. In other words, the IoT collects the data and the AI processes the data to give them meaning. You can observe the joint operation of these systems on a personal level in sports tracking devices and in Google Home, Amazon‘s Alexa or Apple‘s Siri.

With more connected devices comes more data that has the potential to provide incredible knowledge for companies, although this presents a new challenge: how to analyse them all. The collection of these data does not benefit anyone unless there is a system of interpretation to understand them. That’s where the AI comes into play. Making huge amounts of data relevant and important for the role of Artificial Intelligence.

When the data collected from the Internet of Things is analysed using Artificial Intelligence, app developers and companies can make informed decisions by the identification and understanding of patterns in the analysed data. This entails various benefits, both for consumers and app developers. It allows app developers to find solutions to IoT products and innovations in the IT industry.

But for app developers to reap all the benefits of IoT data, they have to improve:

There are four types of Internet Data Analysis of Things that can be useful for AI:

Visual macrodata, for example, will allow computers to gain a deeper understanding of images on the screen with new AI applications that understand the context of images.

Cognitive systems that will create new recipes that will attract the user’s sense of taste, creating menus optimised for each person and adapting automatically to local ingredients.

Newer sensors will allow computers to “listen”, collecting information in audio format about the user’s environment. Preventive and predictive maintenance: Save millions of companies before a breakdown or leak by predicting and preventing places and the time when these situations could take place.

Challenges faced by AI in the IoT

Compatibility – the IoT is a compilation of many parts and systems that are fundamentally different in time and space.

Complexity – the IoT is a complicated system with many moving parts and an incessant flow of data, which makes it a very complicated ecosystem.

Ethical and legal issues: It is a new world for many companies in which there is no precedent and constitutes a territory that has not been tested with new laws and cases that emerge quickly.

While the IoT is extremely impressive, in reality it does not serve much without a good artificial intelligence system to take advantage of it. Both technologies need to achieve the same level of development to function as perfectly as we think they should.

Scientists are trying to find ways to get smarter data analysis software and devices for a safe and effective Internet of Things to come true. It could be some time before this happens because the development of the AI goes behind that of the IoT, although, nevertheless, the possibility is still there.

The Integration of Artificial Intelligence into the functions of Internet of Things is fast becoming a condition for digital ecosystems success based on today’s IoT. Therefore, companies have to move quickly to identify how they will gain the value of combining the AI and the IoT or face up to its updating in the coming years.

The only way to keep pace with this data generated by the IoT and obtain the hidden knowledge it contains is to use artificial intelligence as the ultimate catalyst for IoT.

Harnil Oza is CEO of Hyperlink InfoSystem, a mobile app development company based in USA & India, having a team of app developers who aim to deliver the best mobile solutions mainly on Android and iOS platform.