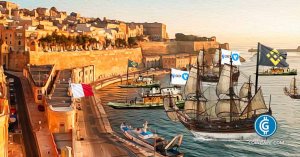 A World Bank report ranks Malta, the aforementioned pro-blockchain country, lowest in the European Union, in ease of doing business. The World Bank Doing Business 2020 report focuses on key industries in the country including blockchain.

Malta as the most difficult country to do business in pro-business jurisdictions in the EU with the situation getting worse since 2016. According to the report, the country ranked 12 places lower than 2018 in the survey carried out in 190 countries across the globe. Ranking 88th, the ‘blockchain island’ performed poorly in business regulation with countries such as Albania and Uzbekistan ranking above her.

The survey focuses on a number of factors including starting a business, getting credit, getting utilities, trading across borders, paying taxes, and labor market regulation.

“They are so heavy and so bureaucratic, and it takes time, while in Malta if we hear of a disruptive idea, which you sense that is going to be the next big wave of economic activity, [we] grab it and run with it and build a regulatory framework for it.”

While the country has long been famed for its pro-blockchain stance, the latest report confirms the mysterious closure and complaints by cryptocurrency exchanges and businesses in the past year.

The move by Bittrex followed discussions on why Malta is no longer the most popular option for international cryptocurrency firms. In March this year, The Times Malta reported that opening a bank account in the blockchain-haven was in no way a simple action requiring the crypto investors to acquire a license from MFSA before an account is opened.

ZebPay, an Indian based digital asset exchange also closed shop one year after opening operations in Malta, citing tough regulation in the country.